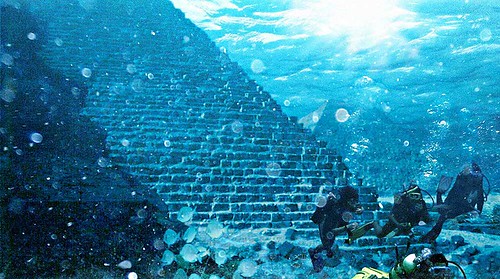 A series of submerged structures discovered off the Cuban coast in 2001 captured the imaginations of archaeologists, researchers and Atlantis-hunters worldwide. Found by a company doing surveying work, the sonar images have shown symmetrical and geometric structures that covers an area of 200 ha (almost 2 square km) at depths between 2,000 and 2,460 feet (± 700 m).

Skeptics believe the site is too deep to be manmade as it is estimated that it would have taken the structures 50,000 years to sink to their current depth.

If conclusive proof can be found that these structures were indeed manmade, it would back up the Maya and local Yucatecos stories of an ancient island inhabited by their ancestors that vanished beneath the sea.