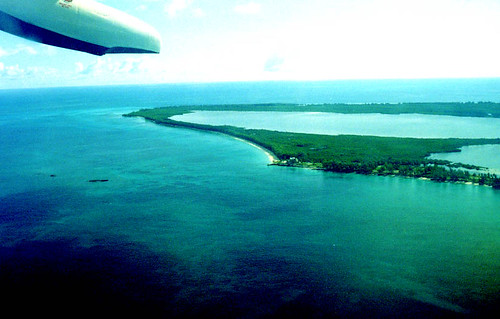 During expeditions in 2006 and 2007 the deeper waters to the west of Bimini were mapped using side-scan sonar and sub-bottom profiling. A number of rectangular features were discovered at a depth of 100 feet (30 m).

They are all aligned in the same direction in straight, parallel lines. The researchers have claimed that the structures appear to be very much like those found off the coast of Cuba.

At a later dive managed by the History Channel, the formations were better observed. There are about 50 stone piles, mainly 10 by 45 feet in size, and all at a depth that would place their age around 10,000 BC.