If there’s one thing scientists love discussing more than the beginning of the universe, it’s the end. There are literally hundreds of known stellar events that could obliterate the life on our planet before we even knew what hit us. The end of everything else though, is a little bit more difficult to predict. Here are another 5 popular theories on how the universe might end.

5
The End Of Time 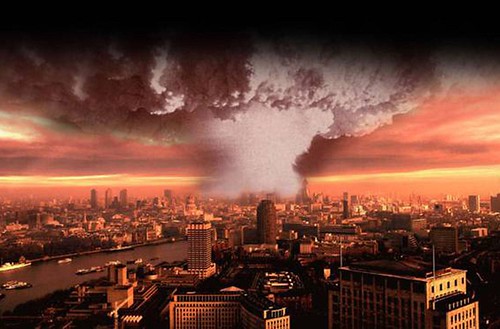 If anything is eternal, it’s surely time. Whether there is a universe or not, time has to chug on. Otherwise, there’d be no way to discern one moment from the next. But what if time lost momentum and just froze? What if there were no more moments? Just the same instant in time. Forever.

Assume we live in a universe that never ends. With an infinite amount of time, anything that could possibly happen has a 100 percent probability of happening. The same paradox happens if you have eternal life. You live an infinite time, so anything that is possible is guaranteed to happen (and happen an infinite number of times).

Thus, if you live forever, the odds of you becoming permanently incapacitated in some way reach 100 percent, and you spend eternity cartwheeling through the blackness of space. Because this messed up a lot of calculations that try to predict outcomes in our universe (like the figures behind dark energy), scientists theorized something else: that time itself must eventually stop.

Assuming you were still alive to experience this (in billions of years, long after the Earth is gone), you’d never realize anything was amiss. Time would just grind to a halt and, according to scientists, “Then everything will be frozen, like a snapshot of one instant, forever.”

But it wouldn’t really be forever, since time wouldn’t be moving forward at all. It would just be that one instant in time. You’d never die. You’d never grow old. It would be a kind of pseudo immortality. But you’d never know.