If you’re reading this, December 21, 2012 was not in fact the end of the world. Bummer. As Mayan-related book sales plummet and various religious leaders cough nervously and shuffle their feet, the rest of us are once again caught up in that exciting world of just plain not knowing anything about how we’re going to go.

5
Biological Weapons Will Destroy us
2016 AD 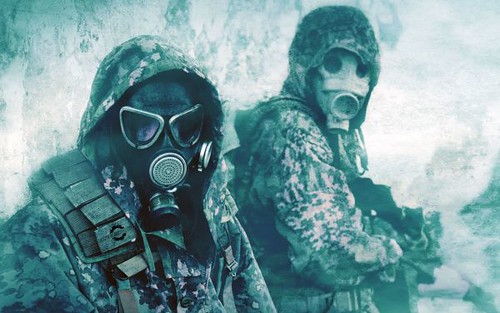 Verifiable sources for this prediction are few and far between, and it all seems to lead back to an article from Weekly World News which – with headlines like “End of World Confirmed” and “Hobbits Invade Miami” – might not be the most reliable source of news.

However, the theory has gained enough popularity to enough to warrant inclusion on this list, so here goes:  In 1847 a party of settlers, the “Donner party,” became trapped by a sudden blizzard in the Sierra Nevadas, eventually perishing due to cold and starvation.

Salt Lake City professor Lloyd Cunningham and a team of students had recently been excavating the site when they came across a time capsule, inside which was a prediction that in 2016, a biological weapon would spread out of control and destroy all human life.

Origins aside, this is probably one of the most feasible apocalypse predictions, since the human body is incredibly susceptible to biological pathogens. But there’s still no reason to expect it in 2016 specifically. It could happen right now.