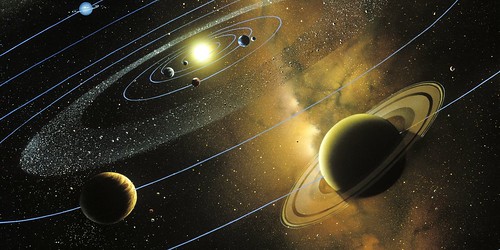 As much as we’ve learned about our solar system, there are still simple questions that we just can’t answer. You know, questions like “how large is this thing anyway?” When you were in school, you probably learned that Pluto was the farthest thing from the Sun in our solar system. But then we discovered Eris, the largest known dwarf planet (and the object that made us revoke Pluto’s planethood), twice the distance Pluto is from the Sun. What’s beyond that? The Oort Cloud, a spherical “cloud” of comets near the edge of the Sun’s reach. And beyond that? Well, in 1977, we launched two deep space probes (Voyager 1 and Voyager 2). They’re still in contact with us 36 years later, and we only just realized that Voyager 1 left the solar system. Simply put, the presence of plasma coming from other stars has indicated that the probe finally made it out, and . . . we don’t know a whole lot more just yet. Now we just need to get as much data as possible before it runs out of power (projected to happen around 2025).