By Editors | On 18, Jan 2015 | 12 mins: 34 secs + -
1
We Colonized Mars Decades Ago
Some people think that the only hope for humans is to find some way to colonize Mars. For years, we have been sending probes and trying to get a better understanding of the landscape and the life that may or may not have existed there.

Speculation continues to increase every year as to when we will be able to send a manned mission to Mars, and what kind of challenges we will continue to face.

However, some people are convinced that we went to Mars long ago and have had a colony set up for a while.

For those who believe in such a notion, there may be new “evidence” that has come to light. 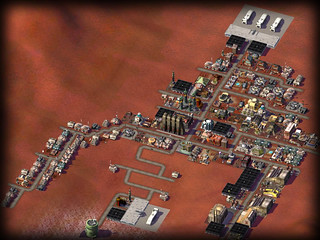 In 2014, a woman who would only call herself Jackie claimed that she used to work for NASA and that she saw evidence that we have colonies on Mars—or that there are actually intelligent Martians living on the red planet.

According to her story, she was helping bring the Viking Lander down on the Martian landscape when she saw two figures walking toward the lander. She claims that she and her colleagues nearby had their feeds cut out as this happened.

They ran upstairs to try to get a better look, but their superiors had locked the doors and taped up any cracks so they could not look through. The woman speculates as to whether it was aliens or fellow humans, although her theory seems to fall more on the side that they were human colonists. Of course, you may not necessarily believe her story, considering her other pet theory—she thinks that the 9/11 attacks were just holograms.