The idea is that this second sun would be made with the right size and temperature to make all of the moons surrounding it livable and thus create multiple new planets to colonize.

This could either provide a place for intelligent alien life to live near Earth or a new place for us to live. Of course, turning Jupiter into a sun probably seems like the kind of idea that would only actually work in science fiction. 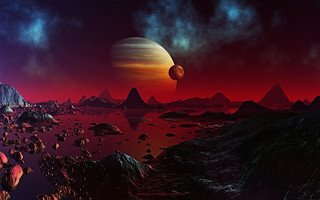 The idea is massive in scope, and even if something like that could work, the precision required to make Jupiter a sun that could sustain its own planets without ruining the orbits and lives of every other planet in the solar system would be extremely hard, along with the problem of possibly just blowing the whole thing up and ruining everyone’s day.

According to the theorists, NASA has already tried to implement the Lucifer Project, and intends to try again and again until they succeed. The probes sent into space often use a radioactive compound called plutonium-238 for fuel, because hardly anything else works well for a sustained mission in space.

We had a probe crash on Jupiter a few years back to protect Jupiter’s moons from exposure to any diseases that might be contained on the probe. Conspiracy theorists believe that this was not just to protect the moons of Jupiter—which they believe we are trying to colonize—but also to test whether we can use the radioactive payload to turn Jupiter into a star and implement the Lucifer Project.