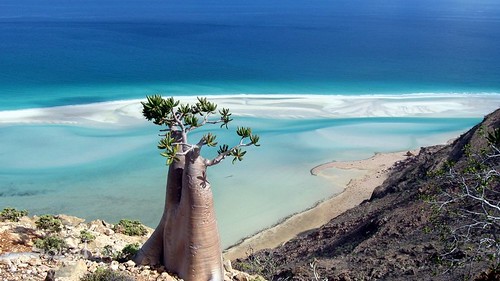 Socotra has been described as one of the most alien-looking place on Earth, and it’s not hard to see why.

It is very isolated with a harsh, dry climate and as a result a third of its plant-life is found nowhere else, including the famous Dragon’s Blood Tree, a very-unnatural looking umbrella-shaped tree which produces red sap.

There are also a large number of birds, spiders and other animals native to the island, and coral reefs around it which similarly have a large number of endemic (i.e. only found there) species. Socotra is considered the most biodiverse place in the Arabian sea, and is a World Heritage Site.