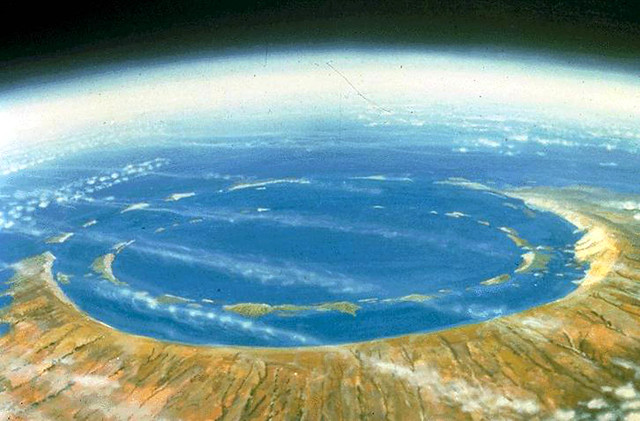 Sure, we’re safe from Cruithne. But space is littered with detritus, and the Earth cuts a wide path (125 million square km in area, actually). As we plow through this material, we accumulate on average 20-40 tons of it per day! [Note: your mileage may vary; this number is difficult to determine, but it’s probably good within a factor of 2 or so.]

Most of it is in the form of teeny dust particles which burn up in our atmosphere, what we call meteors (or shooting stars, but doesn’t “meteor” sound more sciencey?). These eventually fall to the ground (generally transported by rain drops) and pile up. They probably mostly wash down streams and rivers and then go into the oceans.

It would take 140,000 million 450,000 trillion years to double the mass of the Earth this way, so again, you might want to pack a lunch. In a year, it’s enough cosmic junk to fill a six-story office building, if that’s a more palatable analogy.

I’ll note the Earth is losing mass, too: the atmosphere is leaking away due to a number of different processes. But this is far slower than the rate of mass accumulation, so the net affect is a gain of mass.