Below are 5 facts about the Earth. Some things I already knew (and probably you do, too), some I had ideas about and had to do some research to check, and others I totally made up. Wait! No! Kidding. They’re all real. But how many of them do you know? Be honest. 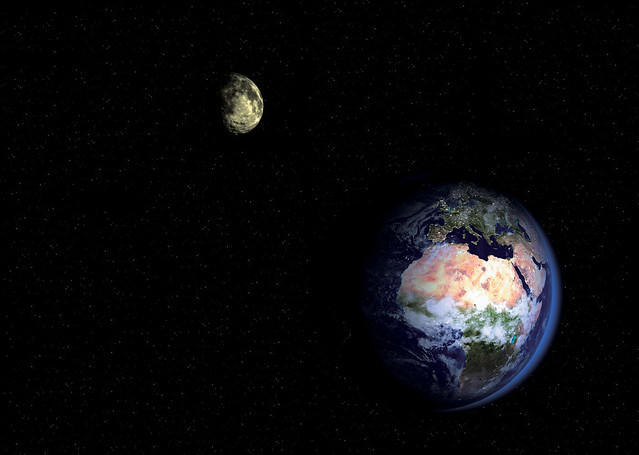 Most people think the Earth has one natural moon, which is why we call it the Moon. These people are right. But there are four other objects — at least — that stick near the Earth in the solar system. They’re not really moons, but they’re cool.

The biggest is called Cruithne. It’s about 5 kilometers across, and has an elliptical orbit that takes it inside and outside Earth’s solar orbit. The orbital period of Cruithne is about the same as the Earth’s, and due to the peculiarities of orbits, this means it is always on the same side of the Sun we are.

From our perspective, it makes a weird bean-shaped orbit, sometimes closer, sometimes farther from the Earth, but never really far away.

That’s why some people say it’s a moon of the Earth. But it actually orbits the Sun, so it’s not a moon of ours. Same goes for the other three objects discovered, too.

Oh– these guys can’t hit the Earth. Although they stick near us, more or less, their orbits don’t physically cross ours. So we’re safe. From them.