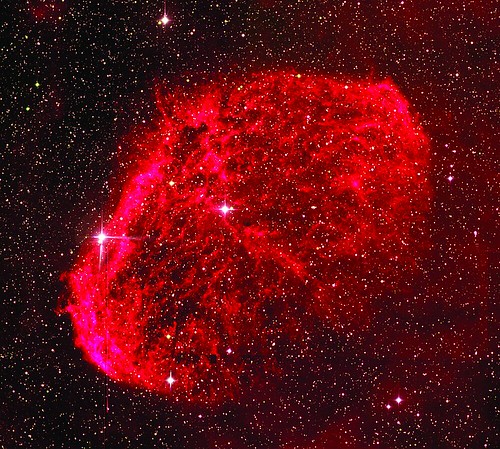 GRBs are mercifully rare. Some estimate that just one burst will occur in the Milky Way every hundred thousand years to every million years. Others believe that bursts can only happen in galaxies with much fewer heavy elements than the Milky Way (“Metal-poor” galaxies).

Some astronomers were concerned for a while about a star named WR 104, an ageing massive star (known as a Wolf-Rayet star). The trouble is, we don’t know enough about gamma ray bursts to say if this star could produce one. If it could, the star’s rotational axis is aligned within about 16° of Earth which would make this a rather dangerous place to be living. Reassuringly, most now believe that WR 104 it isn’t the “loaded gun” we once thought it was, and is unlikely to produce a gamma ray burst.

But there’s no way we can really know for certain…