Using ESO’s Very Large Telescope, a team of scientists has obtained the most detailed observations yet of the asteroid 216 Kleopatra –aka the dog-bone asteroid – an asteroid with two tiny moons shaped like a dog bone.

These observations are offering fresh insights into its weird “dog-bone” shape and mass to a higher accuracy than ever before, providing also clues to its composition and formation.

Kleopatra is truly a unique body in our Solar System,

says Franck Marchis, an astronomer at the SETI Institute in Mountain View, USA and at the Laboratoire d’Astrophysique de Marseille, France, who led a study on the asteroid

Science makes a lot of progress thanks to the study of weird outliers. I think Kleopatra is one of those and understanding this complex, multiple asteroid system can help us learn more about our Solar System 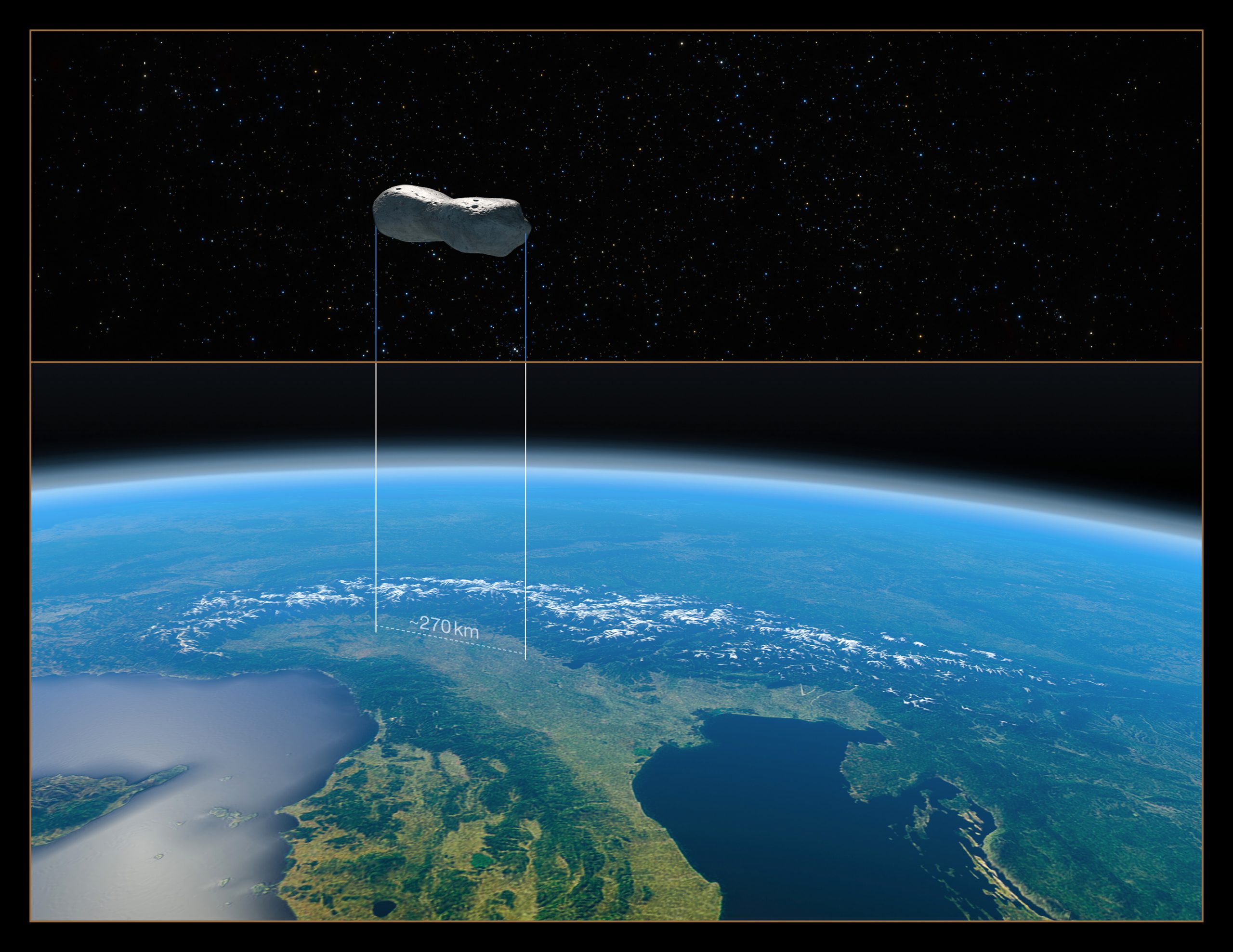 Orbiting the Sun quite normally in the Asteroid Belt between Mars and Jupiter, 216 Kleopatra — named after the ancient Egyptian queen — lies more than 125 million miles from Earth. It’s relatively large for an asteroid, consisting of two lobes, connected by a long neck – a morphology resembeling a “dog-bone”, a strange shapeed-object that we can comfortably add it as among the strangest objects in our solar system.

First, an astronomer spotted Kleopatra in 1880, but until recently, we realized that the rock sports a strange shape and two tiny moons, and that isnt the end of surprises from Kleopatra.

Kleopatra is about 35% less massive than previous calculations estimated. The new value, plus sharpened models of the asteroid’s size, suggests that the asteroid isn’t as dense as scientists had believed, despite the fact that scientists think the object is metallic. That paradox suggests that Kleopatra has a “rubble pile” structure with lots of gaps in it, much like the asteroids Ryugu and Bennu that spacecraft have visited to study up close in recent years 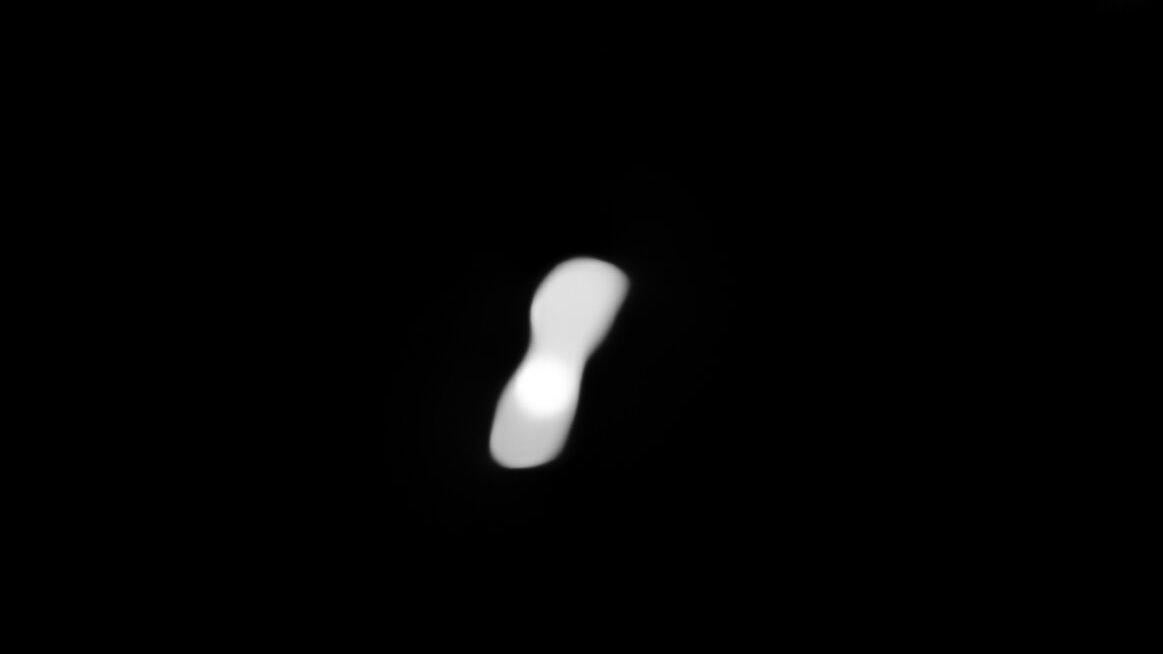 The asteroid rotates so quickly that it’s possible for material to lift off the surface if Kleopatra gets hit or clipped by anything — even something small. Chunks could have broken off of Kleopatra in the past, forming the AlexHelios and CleoSelene moons.

I can’t wait to point the ELT at Kleopatra, to see if there are more moons and refine their orbits to detect small changes,

The study is described in two papers published on Sept. 9 in the journal Astronomy & Astrophysics. They can be found here and here.