The acronym “NASA” stands for National Aeronautics and Space Administration. Before NASA was formed, the National Advisory Committee for Aeronautics (NACA) was started by President Woodrow Wilson to supervise and direct the scientific study of the problems of flight. From then to present day, much has happened. So, here are some interesting facts about NASA. 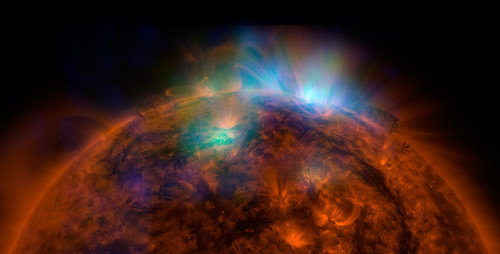 The Sun in X-rays from NuSTAR (click to zoom)

1. NASA’s first trip into space was made possible by Katherine Johnson, an African-American scientist who was in charge of calculating the rocket’s flight trajectory. Her work was so trusted that, even after NASA had switched to computers, they would call on her to check for any mistakes.

2. NASA has its own radio station called ‘Third Rock Radio,’ which plays Rock/Indie/Alternative music with NASA news items and mission updates embedded throughout.

3. American hero Sally Ride fought gender stereotypes and outright lack of understanding in the career that made her the first American woman in space. NASA engineers once asked her if 100 tampons was the right number for a one-week mission.

4. Although NASA asked Buzz Aldrin to refrain from quoting the Bible in the Apollo 11 mission, he was allowed to conduct the first Communion service in space.

5. Actress Nichelle Nichols who played Uhura in the 1960s Star Trek series went on to become a recruiter for NASA after the show was cancelled, recruiting the first female astronaut, Dr. Sally Ride, as well as the current NASA administrator, Charles Bolden.