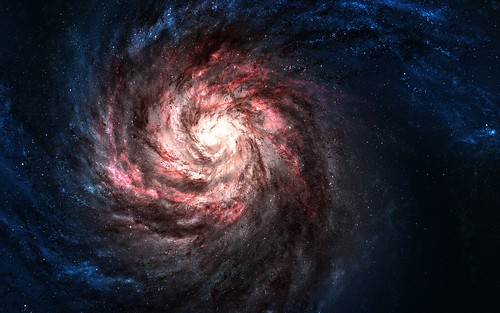 Black holes are so massive that stuff gets really weird in their general vicinity. It’s easy to imagine that getting sucked into one would mean spending the rest of eternity (or your air supply) screaming in lonely torment into a funnel of blackness.

But never fear—the immense gravity of a black hole solves that problem for you. The force of gravity is stronger the closer you get to the source, and when there’s such an enormous force to begin with, the amount can change greatly over a short distance—say, the height of a human being.

Assuming you fell in feet-first, the force of gravity on your feet as you approached the black hole would eventually be so much stronger than the force on your head that it would stretch your body out into a spaghetti-like line of atoms before it ultimately crushed you at the center. You might want to keep that in mind before you get any ideas about springboarding into the nearest black hole.