Among all natural disasters, earthquakes stand out as the least predictable and the most destructive. The extensive damages they cause that have made them feared since antiquity. Since there are no scientifically proven means of predicting earthquakes (at least, not yet), the only lesson that we’ve learned from past quakes is that mitigation is more reliable than forecasting.

It’s important that, rather than adopting techniques or practices based on myths (e.g. standing in doorways during an earthquake), we educate ourselves about the importance of earthquake engineering as the best way to minimize damages and save thousands of lives. 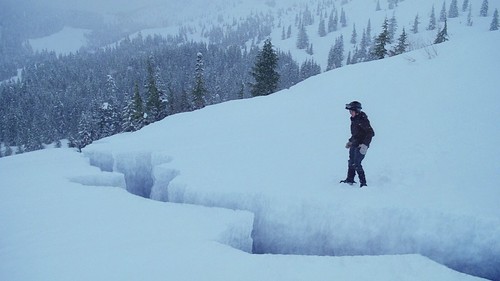 Ice quakes (also called frost quakes or cryoseisms) happen when the moisture trapped beneath the ground suddenly freezes and expands. Such sudden expansion builds up pressure, which is then released, causing the ground to crack and a loud booming sound to escape.

Ice quakes have been reported in Canada and the northeastern United States, where they were often mistaken for earthquakes. This rare phenomenon can occur when temperature rapidly drops to subzero. It might be accompanied by similar tremors, but unlike an earthquake, the effects of a cryoseism are localized, as the vibrations they create do not travel very far.

In some cases, people only a few hundred meters away from the epicenter do not hear or notice anything. Because of their rarity, there isn’t much scientific data about cryoseisms. Most of the information we have is based on news reports and witness accounts.

It is believed, however, that cryoseisms are generally harmless, with exception to the terrifying noises they produce that may wake a whole city at night.