Most people are well aware by now that the human impact on Earth’s ecosystems is rarely positive. But what about the oceans, those vast, unyielding expanses of biodiversity? A team of scientists, in a groundbreaking analysis of data from hundreds of sources, has concluded that humans are on the verge of causing unprecedented damage to the oceans and the animals living in them.

We’ve known for a while that achieving sustainability would be impossible with our lifestyles. Although the majority of Earth is covered in water we are vastly reliant on, many of our practices are causing unprecedented damage to marine biology: coral reef damage, resource mining, fish farming, construction work, chemical pollution, the depletion of bio resources, unintended species migration, global warming, military drills – to name just a few. The picture has just been made clearer by a study that for the first time ever brought all these strands together. 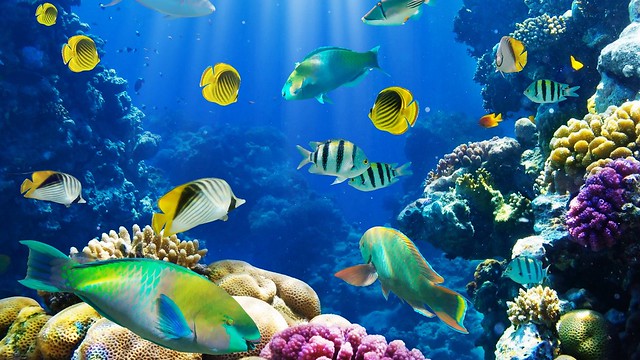 The new study, published by a team of scientists in the journal Science, analyzes the way humans are causing serious damage to the ocean. One of the authors, UC Santa Barbara professor Dr. Douglas McCauley said: “Climate change is essentially making the oceans a warmer and more acidic place, and that’s going to make it a more hostile place for ocean wildlife,”.

The study also suggests that if no step will be taken, then very soon many sea creatures might reach on the verge of extinction. Experts said if no changes are made the extinction might start within next 20 years.

Dr. Jerry Schubel, president of the Aquarium of the Pacific, said he along with his team tries to educate visitors about what all factors are causing great harm to the ocean.

The most easily noticeable effect is on global fish stocks. Global fish stocks are exploited or depleted to such an extent that without urgent measures we may be the last generation to include fish in our diets – and this is not an overstatement. Most ocean species are already overharvested, and stocks have already been depleted. Coral reefs have also declined by 40 percent worldwide, mostly due to global warming and increased ocean acidification, caused by humans. Marine species are trying to adapt and migrate to cooler areas, but of course, this is not an option for corals.

The overall situation is pretty dire. Species on Earth are disappearing at a never-before seen rate in human history. The stark threat hangs over all species, be they on land – mammals, reptiles, birds, insects – or in the water. We still have some time to act… but we have to act now.

“If by the end of the century we’re not off the business-as-usual curve we are now, I honestly feel there’s not much hope for normal ecosystems in the ocean,” said Stephen R. Palumbi of Stanford University, an author of the new study.. “But in the meantime, we do have a chance to do what we can. We have a couple decades more than we thought we had, so let’s please not waste it.”

McCauley elaborates that if we limit the industrialization of Earth’s water, we could facilitate species recovery – much more so than we ever could on land, where the damage is now irreversible in places.

“There are a lot of tools we can use,” he said. The team believes that designing an approach with climate change in mind would be the way to go. It’s about considering how and where species can escape rising temperatures and a lowering of pH levels. As we learn that some areas are indeed affected more gravely than others, one of the approaches may be to limit industrial operations to some areas, while allowing others to recover.