It might be one of your classmates, a work colleague. Or maybe even a punk kid who does oil drilling in the middle of the ocean. But NASA is sure the first humans to step foot on Mars are already walking the Earth today, meaning that smart kid you made fun of in fifth period might change history.

According to NASA, humans will step foot on Mars in the very near future. A recent Twitter post by the U.S. space agency noted that the “1st humans to step on Mars are alive today.” It used the hashtag #NextGiantLeap, which has a lot of interesting photos and info about NASA’s Path to Mars project.

“To help this nation send humans to deep space and return them to Earth safely, engineers across the country are developing a new space transportation capability, destined to travel far beyond our home planet. The Orion spacecraft and Space Launch System (SLS) heavy-lift rocket will be the most advanced space vehicles ever built. Together, they will take us farther into the solar system than humans have ever traveled. They are our spaceship to Mars and beyond.” 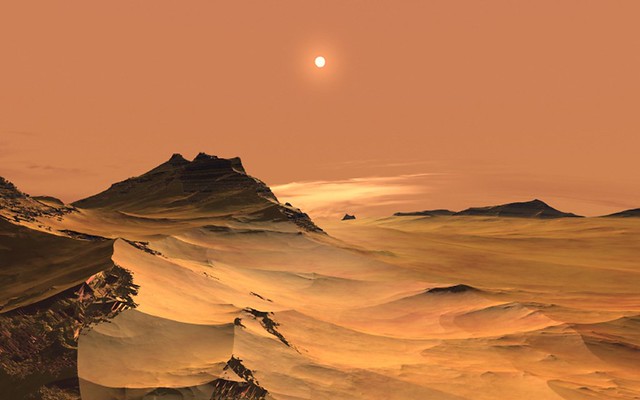 Before humans reach Mars, however, they will be walking on an asteroid. To do that, NASA plans to “capture and redirect a near-Earth asteroid to a stable orbit around the moon, where astronauts will explore it in the 2020s, returning with samples.”

The plan honestly sounds like something out of a science fiction film. It can be mind-boggling to think that our Moon will have a little mini-moon in just 6 to 11 years, if everything goes according to plan.

Apparently, exploring the asteroid will make astronauts more ready to explore Mars in the next several years after that.

“Mars beckons us to explore,” NASA said. “Missions to Mars could answer some of the fundamental question of humanity: Does life exist beyond Earth? Could humans live on Mars in the future?”

NASA seems convinced that life does exist beyond our planet, and said it will prove it within the next 20 years

“In our lifetimes, NASA and the world will take the next giant leap to explore the Red Planet.”