Is the Wormhole in ‘Interstellar’ Possible?

Christopher Nolan’s Interstellar raises a few questions about the possibility of wormhole travel. If Earth were to ever come to shambles, would the solution be to teleport to another planet via a double-ended tunnel – essentially a short cut though space?

Though theoretically it is possible, practically it might not be feasible, is what the adviser and executive producer of the movie, Kip Thorne, says.

Wormholes are, in theory, tunnels through space-time that allow an individual to travel at a great speed between places far away from each other, like from one galaxy to another. According to Einstein’s theory of general relativity, wormholes probably do exist. But Kip Thorne, who is a renowned astrophysicist himself, says that such voyages still belong to science fiction only. 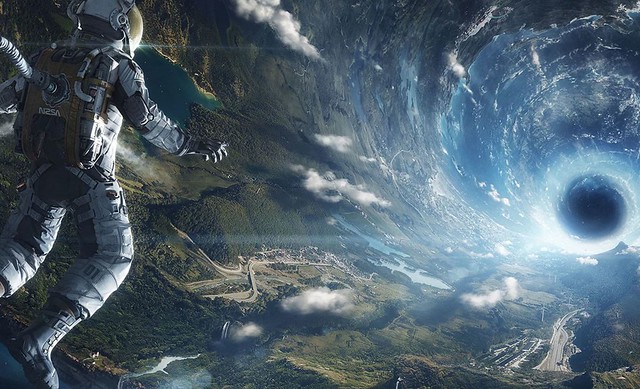 In 1935 Albert Einstein, the renowned physicist and his assistant, Nathan Rosen, have come up with a theory that described space to be two sheets of paper connected by particles in the form of a bridge.

They called their theory the “Theory of Everything” but it was rejected by the scientists of that period saying that the particle behavior in their theory did not correspond with how the particles behave in real life. They also believed black holes to be some sort of doors to entering the wormholes.

The movie Interstellar has been seen as pretty accurate by the scientific community, and its depiction of wormholes and black holes. To create the Interstellar wormholes, director Christopher Nolan worked with astrophysicist Kip Thorne.

I have some experience with this, but I couldn’t get much feedback because of the amount of secrecy surrounding the film. I had to rely on a very small number of people to read through it and give me feedback. I wasn’t really able to run it past any of my physicist colleagues. On the other hand, I knew the subject inside out. I knew what I wanted to convey. I figured I could probably pull it off,

Wormholes — if you don’t have something threading through them to hold them open — the walls will basically collapse so fast that nothing can go through them,

Holding wormholes open would require the insertion of something that anti-gravitates — namely, negative energy. Negative energy has been created in the lab via quantum effects, Thorne said: One region of space borrows energy from another region that didn’t have any to begin with, creating a deficit.

Furthermore, traversable wormholes — if they can exist at all — almost certainly cannot occur naturally, Thorne added. That is, they must be created by an advanced civilization. Somehow, we kind of suspected the Interstellar wormholes are not 100% accurate, since it’s a sci-fi movie, after all.