After a 20-year search, astronomers have uncovered a grand total of 1,900 planets residing outside of the Solar System. Last year, the European Space Agency (ESA) launched the Gaia spacecraft with a mission to create a massive, three-dimensional map of the Milky Way by surveying a billion stars in our galaxy (that’s just one percent of the estimated Milky Way star population, but still impressive.)

Along the way, researchers from Princeton and Lund Universities estimate that Gaia could also discover tens of thousands of new, relatively nearby planets. They say it could be used to find 70,000 worlds outside the solar system, including many that have previously been difficult to find.

This would include huge Jupiter-sized worlds around dim stars – but might not include Earth-like habitable worlds. Researchers from Princeton University in New Jersey and Lund University in Sweden calculated that the observational satellite Gaia could detect as many as 21,000 exoplanets during its five-year mission

If extended to 10 years, Gaia could detect as many as 70,000 exoplanets, the researchers report. 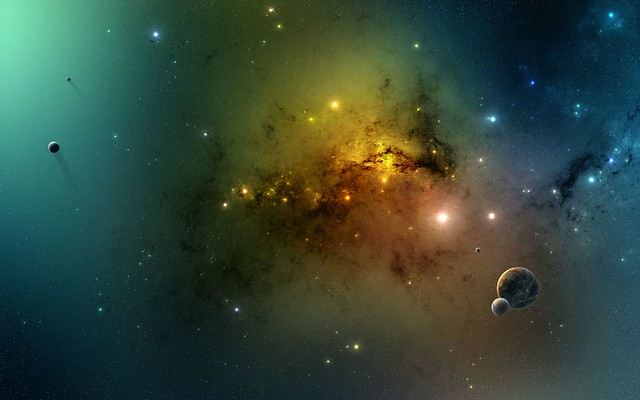 Artistic illustration of some alien worlds (click to zoom)

“It’s not just about the numbers. Each of these planets will be conveying some very specific details, and many will be highly interesting in their own way,” said Michael Perryman, lead author of the paper in a statement.

“If you look at the planets that have been discovered until now, they occupy very specific regions of discovery space. Gaia will not only discover a whole list of planets, but in an area that has not been thoroughly explored so far.”

Even if Gaia helps grow humanity’s expanding catalog of distant planets from less than 2,000 to nearly 100,000, it will still be just a modest start to mapping our galactic neighborhood.

Astronomers believe that there are likely billions of planets orbiting stars within the Milky Way, and if possible rogue planets that roam unattached to specific stars are considered, that number could be better placed in the trillions.