Many of us have gotten used to believing that Mars is just another lonely, lifeless planet. True, its atmospheric conditions are just too extreme to be habitable by any life form that we know of. But that doesn’t make it an uninteresting planet at all. Through continuous advancements in technology, we’ve learned a lot about the red planet. Here are some of the most fascinating facts about Mars that you might not have known. 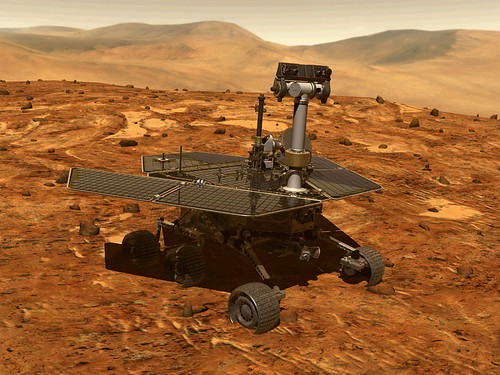 1. The Mars Rover “Spirit” has several times been hit by dust devils on the surface of Mars. Each time it is left unharmed and its solar panels are actually cleaned by the storm and this event is known as the “Cleaning Event”.

2. Mars’ smallest moon, Deimos, has an escape velocity of 5.2M/S, meaning that if you were take a running jump while on it, you will launch off like a slow rocket.

3. The Mars One project is seeking to colonize Mars by 2023. The astronaut/colonists will spend the rest of their lives on the red planet.

4. Meteorites that fell to Earth in Morocco during a meteor shower in July of 2011 have been confirmed to be from Mars. It was likely ejected off the surface of the planet during an ancient asteroid impact.

5. There is a 1909 penny on Mars, which is used as a part of a Calibration Target on The Curiosity Rover.