A Dwarf Galaxy, Milky Way's New Neighbour, May Tell Us Things about the Universe

The Milky Way, the galaxy we live in, is part of a cluster of more than 50 others that make up the ‘Local Group’, a collection that includes the famous Andromeda Galaxy and many other far smaller objects. Now a Russian-American team have added to the canon, finding a tiny and isolated dwarf galaxy almost 7 million light-years away.

Dubbed KKs3, the “dwarf spheroidal” galaxy is located in the southern sky in the direction of the constellation Hydrus. As galaxies go, KKs3 is pretty small. It’s total mass is about one ten-thousandth the mass of the Milky Way, according to the astronomers. And it’s only the second isolated dwarf spheroidal galaxy ever observed in the Local Group. (The first, known as KKR25, was discovered by the same astronomers in 1999.) 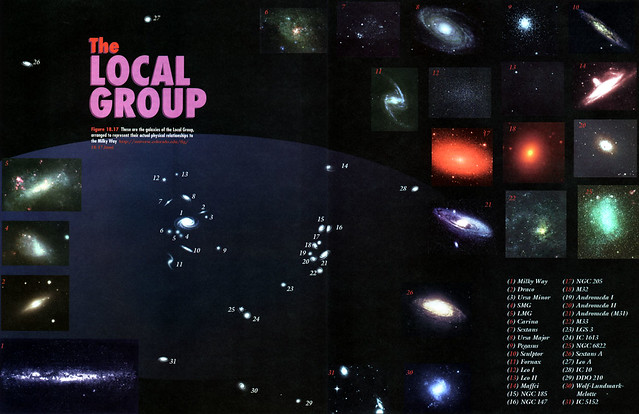 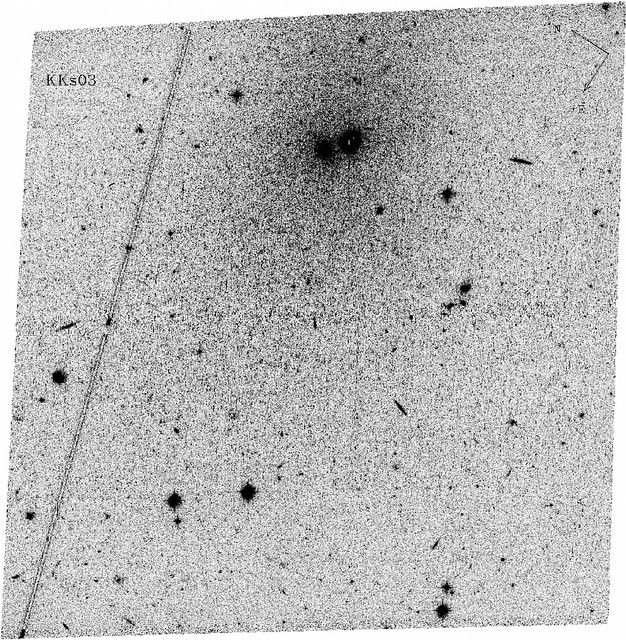 A negative image of KKs 3, made using the Advanced Camera for Surveys on the Hubble Space Telescope. The core of the galaxy is the right hand dark object at the top centre of the image, with its stars spreading out over a large section around it. (The two dark objects on the left are part of a much nearer globular star cluster.)D. Makarov (click to zoom)

Astronomers are particularly interested in dSph galaxies, since they may show them how different galaxies form in the universe.

“Finding objects like Kks3 is painstaking work, even with observatories like the Hubble Space Telescope,” said Dimitry Makarov, one of the researchers. “But with persistence, we’re slowly building up a map of our local neighborhood, which turns out to be less empty than we thought. It may be that there are a huge number of dwarf spheroidal galaxies out there, something that would have profound consequences for our ideas about the evolution of the cosmos.”

Painstaking is no exaggeration. Since they are devoid of materials like clouds of gas and dust fields, scientists are forced to spot these galaxies by identifying individual stars.

But despite the challenges of spotting them, astronomers are eager to find more examples of dSph galaxies. Studying more of these galaxies can therefore tell us much about the process star formation in our universe. The Russian team expects that the task will become easier in the coming years as the James Webb Space Telescope and the European Extremely Large Telescope begin service.