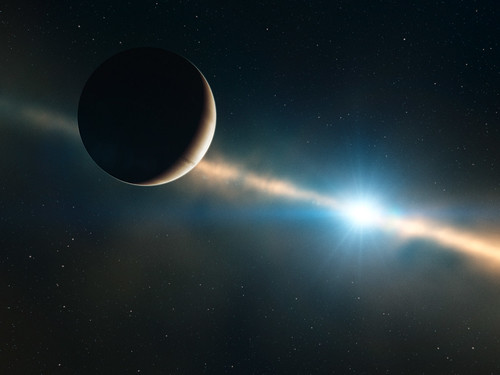 Following the discovery of the planet Neptune in 1846, there was considerable speculation that another planet might exist beyond its orbit. The search began in the mid-19th century and culminated at the start of the 20th with Percival Lowell’s quest for Planet X.

Lowell proposed the Planet X hypothesis to explain apparent discrepancies in the orbits of the gas giants, particularly Uranus and Neptune, speculating that the gravity of a large unseen ninth planet could have perturbed Uranus enough to account for the irregularities.

Fourteen years after Lowell died, an astronomer at his observatory found Pluto, but it still wasn’t heavy enough to account for the observed motion of Uranus, so people kept looking for Planet X.

They didn’t stop until the Voyager 2 probe passed by Neptune in 1989, when astronomers learned that they had measured Neptune’s mass incorrectly. This updated calculation of Neptune’s mass explained Uranus’s movement.