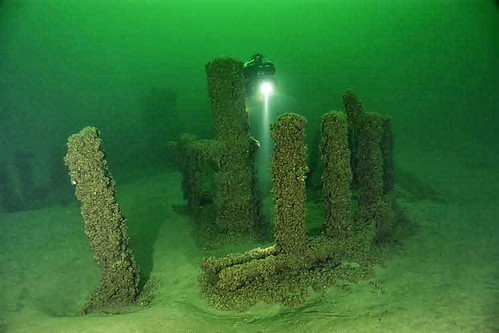 Even though Stonehenge in the UK is one of the most famous historical stone monuments in the world, it is not unique.

Similar stone arrangements have been found worldwide. In 2007 while surveying the bottom of Lake Michigan with sonar, a team of underwater archaeologists discovered a series of stones aligned in a circle 40 feet (12 m) below the surface.

One of the stones also seemed to feature a carving of a mastodon, an animal that has been extinct for 10, 000 years. If the site is validated, it would not be completely out of place, as other stone circles and petroglyph sites can be found in the vicinity.
Source: http://goo.gl/lr4MtL