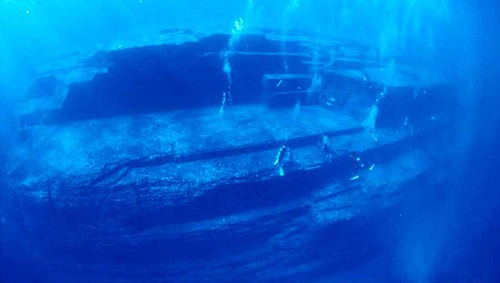 Since its discovery in 1987, the massive Yonaguni Monument off the coast of Japan has been a subject of debate between scientists, archaeologists and scholars. Many supporters claim that the site is natural but may have been modified by human hands like the rock-hewn terraces of Sacsayhuaman.

If proven true, the site would have been modified during the last ice age – around 10,000 BC. Skeptics on the other hand believe the whole structure to be natural; that the drawings and carvings observed are nothing more than natural scratches.

The fact remains that although Yonaguni’s features can be seen in many sandstone formations worldwide, the high concentration of questionable formations at one site is unlikely.